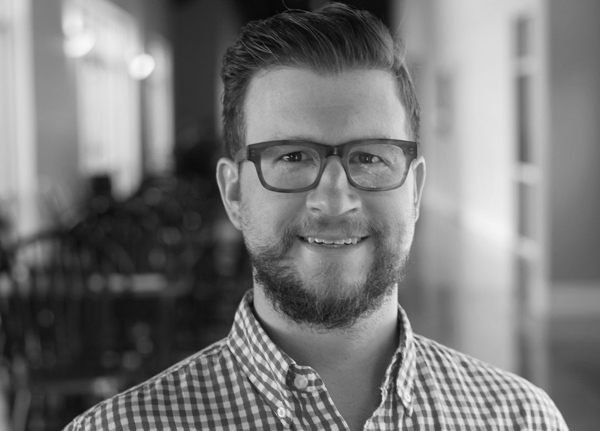 Adam Lancaster was born in Winston-Salem, NC and was involved in music at an early age. He started participating in his home church’s music program when he was barely a teenager. “I was the youngest of three kids, and since there was a 13 year gap between me and the next oldest child, I got dragged to everything. I can remember going up the stairs behind the choir loft to the balcony where our drummer played (it was an Independent Baptist Church).” During high school, Adam made money for himself by playing for weddings with his piano teacher.

After graduating from high school in 1999, he attended Liberty University. Adam was a member of the traveling group “YouthQuest” for two years, where they traveled each weekend ministering to high school kids. Every summer during his college years, he traveled with CCA (Christian Cheerleaders of America) leading worship in their camp services. His junior year, he joined the group “Eternal Praise” which was the worship leading team for the campus. At this time, he began working in the Campus Pastor’s Office with worship pastor, Eric Lovett. In the spring of 2002, Eric resigned and Charles Billingsley came to Lynchburg to be the worship pastor of Thomas Road and lead worship at LU. That fall, Adam and Charles formed what is known today as the Liberty University “Campus Praise Band” and started working together on the road as Charles led worship for many events each year. Upon Graduating from LU in May of 2003, Adam married Liesel and began working at Liberty University, planning the worship services and assisting Scott Bullman in the Department of Ministry Teams.

In 2005, he and Liesel joined Charles and his family in moving to San Diego to work with Dr. David Jeremiah and the ministries of Shadow Mountain Community Church and Turning Point. During their two years there, Adam was on the worship staff of Shadow Mountain and worked with Charles developing two projects and assisted in Turning Point events. “Those two years were to this point, probably the most informative and instructive years I’ve had,” stated Adam. He cherishes the relationships that were built during this brief time in CA.

In April 2007, Adam and Liesel moved back to Lynchburg where Adam took over the Thomas Road Studio and joined the staff of TRBC and LU. He developed the layout and equipment of the studio and began recording projects in the studio as well as working with the worship offices of both entities. Since returning, Adam has produced or managed close to a dozen projects, including 3 Charles Billingsley Projects. In 2009, he produced the project “God of the Ages: Live at Thomas Road” which was the kick-start material for Red Tie Music. In 2010, Adam took over his current position of directing the orchestra for Thomas Road along with continuing to manage the studio. Adam and Charles continue to work together on the road leading worship all over the country.

In 2015, after the birth of their fourth child, Adam took on a different role at Thomas Road, Director of Messaging and Presentation. “Details matter, and little things have big messages” is Adam’s viewpoint as he oversees the communications, branding and presentation of the church. “How you interact with a product or service tells people almost subconsciously the value they place on it. Everything from how people are greeted, to what things they see on the walls, to what is talked about and presented in the church services sends people messages about what we value, as well as what they should value.”

Adam now leads the Creative Department of TRBC which is comprised of the communications department as well as the video storytelling team and is the Chief Creative Officer. He still directs the music for services and works very closely with the worship team and Charles.

Adam and Liesel have four children; Journey, Eva, Connor and Hank. They call Lynchburg home and have built many wonderful relationships with friends there over the years. As for what’s next, Adam says ” I love helping organizations look at the future and have conversations about how to adapt and change…it’s a necessity, and in church work, we must always be looking ahead and how we can continue to share the good news of Jesus.”