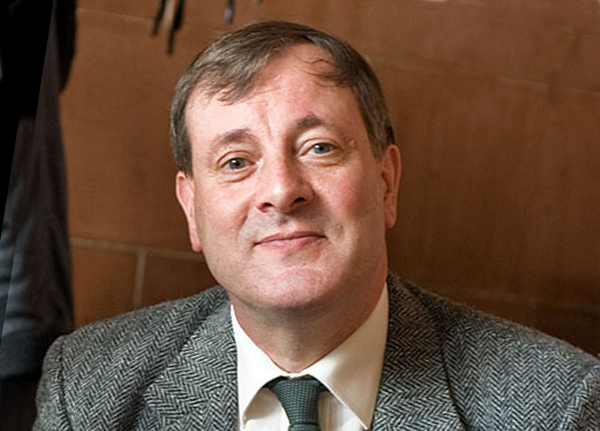 Alister McGrath was born in Belfast, Northern Ireland, in 1953. He grew up in Downpatrick, Co. Down, where he attended Down High School. In September 1966 he became a pupil at the Methodist College, Belfast, majoring in pure and applied mathematics, physics and chemistry. He was elected to an open major scholarship at Wadham College, Oxford University, to study chemistry from October 1971, where his tutors included Jeremy R. Knowles and R. J. P. Williams. He gained first class honours in chemistry in June 1975, and began research in molecular biophysics in the Oxford University Department of Biochemistry under the supervision of Professor Sir George K. Radda, FRS, who went on to become Chair of the Medical Research Council. He was elected to an E.P.A. Cephalosporin Research Studentship at Linacre College, Oxford, for the academic year 1975-6, and to a Domus Senior Scholarship at Merton College,Oxford, for the period 1976-8. He also spent three months as a European Molecular Biology Organization visiting fellow at the University of Utrecht, in the Netherlands. During the years 1975-8, he carried out scientific research, leading to the publication of a number of peer-reviewed research articles, alongside studying for the Oxford University Final Honour School of Theology. In December 1977, he was awarded an Oxford D.Phil. for his research in the natural sciences, and he gained first class honours in Theology in June 1978. The interaction of Christian theology and the natural sciences has subsequently been a major theme of his research work, and is best seen in the three volumes of hisScientific Theology (2001-3).

McGrath left Oxford to work at Cambridge University, having been elected to the Naden Studentship in Divinity at St John’s College, Cambridge (1978-80). He also studied at the same time for ordination in the Church of England at Westcott House, Cambridge. In September 1980, he was ordained deacon, and began work as a curate at St Leonard?s Parish Church, Wollaton, Nottingham, in the English east midlands. He was ordained priest at Southwell Minster in September 1981. In 1983, he was appointed lecturer in Christian doctrine and ethics at Wycliffe Hall, Oxford, and a member of the Oxford University Faculty of Theology. McGrath spent the fall semester of 1990 as the Ezra Squire Tipple Visiting Professor of Historical Theology at the Theological School, Drew University, Madison, New Jersey. He gave the Bampton Lectures at Oxford University in 1990, in which he explored the factors which lead to the origins of doctrinal statements in Christianity.

McGrath was elected University Research Lecturer in Theology at Oxford University in 1993, and also served concurrently as research professor of theology at Regent College, Vancouver, from 1993-7. In 1995, he was elected Principal of Wycliffe Hall, and in 1999 was awarded a personal chair in theology at Oxford University, with the title of “Professor of Historical Theology”. He earned an Oxford Doctorate of Divinity in 2001 for his research on historical and systematic theology. In October 2006, he was elected to a Senior Research Fellowship at Harris Manchester College, Oxford, where he began directing a major new research project on natural theology, funded by the John Templeton Foundation. He was elected a Fellow of the Royal Society of Arts in 2005.

In September 2008, McGrath took up the newly-established Chair of Theology, Ministry and Education in the Department of Education and Professional Studies at King’s College, London. He also served as the academic leader of the Centre for Theology, Religion and Culture, and was involved both in theological research and the professional development of clergy from a range of Christian denominations. In 2013, McGrath accepted the Andreas Idreos Professorship in Science and Religion at the University of Oxford. He took up this post on 1 April 2014, and will retire from it on 30 September 2022.

As a former atheist, McGrath is respectful yet critical of the movement. In recent years, he has been especially interested in the emergence of “scientific atheism,” and has researched the distinctive approach to atheist apologetics found in the writings of the Oxford zoologist and scientific populariser Richard Dawkins. He regularly engages in debate and dialogue with leading atheists.

All sessions by Alister McGrath