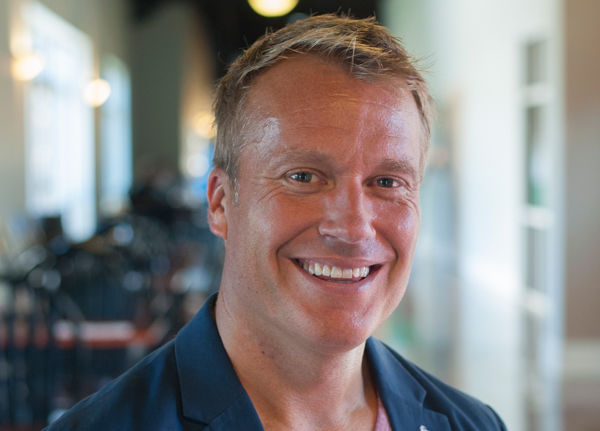 It’s no secret Charles Billingsley is one of Christian music’s most captivating Inspirational voices, but for this singer, worship leader, husband, father and teacher—to name but a few of his leading roles—it’s what’s behind the music that has truly made the man. Launching his career more than two decades ago fronting GRAMMY®-nominated genre giants NewSong, Charles has since headlined more than 3,000 concerts and released 24 recordings as a solo artist. Also a sought-after worship leader who oversees the music ministry at Lynchburg, Virginia’s 24,000-member Thomas Road Baptist Church, he is an artist-in-residence and instructor at the nation’s largest Christian college, Liberty University, and he regularly appears at such popular events as Women of Joy, Gridiron Men and Celebrators, among numerous others.

Yet even with a list of accolades and endeavors this diverse, Charles stands poised for a new season on the wings of his groundbreaking latest studio recording, Right Here. Perhaps the most intimate piece on the project is the title-cut, a needed reminder that no matter what struggles we face, Jesus is always near. The song hits home for Charles in a deeply personal way, following a medical scare several years ago that jeopardized his voice. A blood vessel on his vocal cords burst, leaving him with a polyp that required surgery. “Nothing like God taking away your only crutch to remind you that He’s your only source,” he reflects. “But it refocused and reenergized me. It humbled me and helped me realize that every day, every moment, is just a total gift. And, the opportunity to get on a platform and sing in front of people and minister is an absolute privilege.”

As he explores new musical horizons, Charles also continues to pass on his hard-earned wisdom, mentoring the next generation of students in the music department at Liberty University. A co-founder of the school’s Center for Music & Worship, the program has grown to serve more than 1100 students annually and has provided a launch pad for many of Christian music’s preeminent worship leaders. Also an artist-in-residence at Liberty, he is often found in the classroom, instructing future performers and worship leaders. “It’s grown me as an artist, because it’s a little intimidating to be teaching lessons on how to do this. I go into a classroom to share my experiences of both being on the road and leading worship in a local church. I think the students appreciate a perspective from a guy who’s doing it still, but I learn a lot from the kids. It keeps me young and I stay brushed up on what’s new out there. It’s a good growing process for me.”

And for two years now, Charles has shared his thoughts with a broader audience via his own nationally syndicated radio series, “Words on Worship,” broadcast weekdays on more than 300 stations, as well as online. Through these 60-second spots, Charles conveys the central message of his heart, “to assist other believers in discovering a lifestyle of worship.” He explains, “I think every decision you make, every sin you commit, everything ultimately is a worship issue, as a believer. Everybody worships something or someone, every moment of every day. So, who or what you’re worshiping will determine the choices you make—financially, physically, everything.”

When he’s not on the road, Charles and his family—wife Shae and teen sons Caleb and Cooper—have called Lynchburg home for more than a decade, and it’s his days offstage that ultimately inspire him the most. “Being a father is a lot like being a teacher,” Charles relates. “There’s a lot of pressure and accountability to be the man I’m supposed to be, for my kids to see the same guy at home as they see onstage at church. I want them to witness me reading Scripture; I want them to have conversations with me about the Lord on a regular basis so they know this is not just a job to me, but a lifestyle.”

All sessions by Charles Billingsley