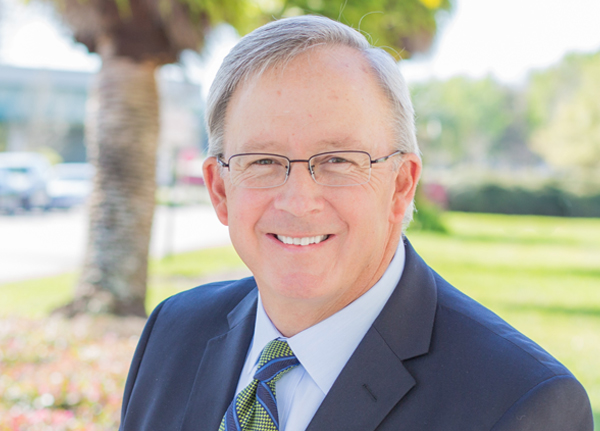 David Uth has served as the senior pastor of First Baptist Church of Orlando, Florida since 2005. Before moving to Florida, he pastored churches in Louisiana, Arkansas and Texas. David grew up in Arkansas as the son of a pastor, and at the age of 19 was ordained and began pastoring his first church. He graduated with a B.A. in Religion in 1979 from Ouachita Baptist University in Arkadelphia, Arkansas where he met his wife, the former Rachel Moore of El Dorado, Arkansas.

David then received his M.Div and Ph.D. from Southwestern Baptist Theological Seminary in Ft. Worth, Texas where he also taught New Testament for three years. Along with serving the churches and communities where he pastored, he has also been honored to serve as the President of the Florida Baptist Convention and Chairman of the International Mission Board of Trustees.