Founder of Never The Same 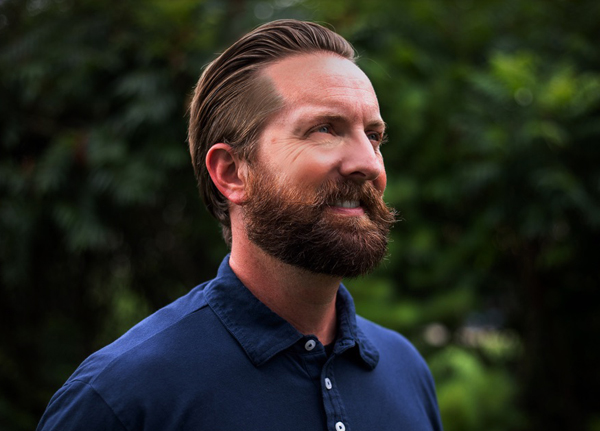 Founder of Never The Same

Jeff Eckart lives in Grand Rapids, MI with his wife Arianna and together they have three lovely hazel-eyed daughters that look just like their mother.

Born and raised in Indianapolis, IN, Eckart earned a Bachelor’s degree from Indiana Wesleyan University and a Master’s degree from Grand Rapids Theological Seminary. He is an ordained minister in the Wesleyan Church.

In 2009, he founded Never The Same, a national youth ministry organization whose vision is to see new generations transformed in Christ to further the Kingdom of God. Learn more at neverthesame.org.

Never The Same began humbly at the start of the “Great Recession” with Jeff as the sole staff member, along with a homemade desk, a gifted laptop, and a borrowed office. Eckart’s previous entrepreneurial endeavors of NTS Camp (which Jeff founded in 2000) and Claim Your Campus (which he founded in 2003) were brought together under the umbrella organization and both quickly began to grow. Creative efforts like the Grand Rapids Mud Run (founded in 2010) and Soul Exercises helped Never The Same expand its influence across the nation as it become an almost exclusively self-funded nonprofit organization. With a growing staff and ministry, Never The Same focuses on changing students’ lives with biblical discipleship and spiritual disciplines using theology, community, and technology.

Jeff is active nationally in efforts to help middle and high school students emerge as a generation who know the love of God and understand the timeless truth of Scripture. He dreams of 1 million students meeting weekly for prayer at middle and high schools across America. Currently Jeff is pursuing a God-given vision of a national gathering of 100,000 students from 10,000 schools on July 4th, 2020. This event is called Claim Your Campus 2020.

Jeff is on the Executive Board for the National Day of Prayer. He speaks locally, regionally, nationally and internationally to audiences of all types, sizes, and ages. He hosts a weekly podcast with a listenership audience of over 300,000 called the Thought Factory. Jeff is the author/designer of Soul Exercises, a Bible engagement platform used throughout the world that equips churches to engage their students in the Bible and spiritual disciplines.

Jeff is an adventurist and enjoys trips on his 2008 BMW R1150 GS Adventure dual sport motorcycle. Many of his hobbies include outdoor activities. He is an amateur land sailer, mountain biker, marathon runner, circumnavigated the treacherous Grand Island on a multi-day trip in a kayak, has hiked the elusive Isle Royale National Park, bungee jumped in New Zealand and been skydiving. Since beginning his own lawn mowing service at age 16 out of the trunk of his ’75 Buick LeSabre, Jeff has had an entrepreneurial spirit from a young age. He has held a variety of very eclectic experiences and jobs throughout his life…veterinary technician, book factory worker, morgue assistant, office cleaner, professor, national youth ministry director, and strategic prankist while in college. (rumor has it that some of his “work” was referenced in the history book of his college alma mater, but that is a whole other story) These roles have shaped Jeff to become the person he is today.