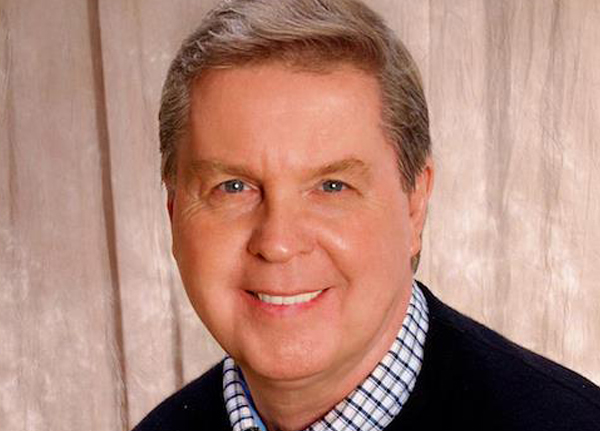 Pastor Jim Cymbala is a native New Yorker, raised in the borough of Brooklyn. His early love of basketball earned him a scholarship to the University of Rhode Island, where he became captain of the basketball team. After graduation, he immediately entered the business world and, soon after, he married his childhood sweetheart, Carol Joy Hutchins. Pastor Cymbala and Carol began their lives together and before long, though he did not have formal theological training, Pastor Cymbala felt a call to the ministry.

In the early 1970s Pastor Cymbala took over the leadership of The Brooklyn Tabernacle on Atlantic Avenue in downtown Brooklyn. The small, struggling congregation numbered less than twenty people and met in a small, run-down building surrounded by the physical and moral blight of the inner city. No money was available for adequate salaries during most weeks in those early years, so Pastor Cymbala and Carol took second jobs and struggled to make ends meet both in the church and at home.

Nevertheless, this was where they felt God had placed them, and they soon realized that it was a unique opportunity to see the power of the gospel of Christ in action by loving and ministering to all colors and kinds of people. Most were poor and many wrestled with the typical inner-city problems of drug or alcohol abuse and the pain of disintegrating families. At the time, the New York City area, with its challenging social problems and urban decay, was kind of a “forgotten mission field.” Most church buildings were nearly vacant on Sundays since their once-strong congregations (and their denominations) had long before fled to suburbia. But Pastor Cymbala and Carol believed that this was the very spot where God’s love could meet the most desperate of human needs. Right away they realized the necessity of real prayer to secure God’s grace and power in their ministry. The Tuesday Night Prayer Meeting, though very small at the start, became a central feature in the life of the church and has remained so to this day.

Realizing the limited impact that any one church can have in a large metropolis like New York, the leadership of the Brooklyn Tabernacle began to plant churches in other needy areas of the city. As they trained pastors and sent them out with small groups of workers from the congregation, a replication of the work in downtown Brooklyn was begun. At the same time, The Brooklyn Tabernacle began to look beyond its own locale to plant missionary stations that have grown and evolved in impoverished places like Haiti and the Dominican Republic. Over the years, other works have been established by the grace of God in Israel, Guyana, and the Philippines. The leadership for most of these ministries has been raised up by God from the congregation, which itself represents so many parts of the world. These missions have experienced a demonstration of the far-reaching power of the gospel of Jesus Christ.

Today Pastor Cymbala oversees a congregation of several thousand people. Many of the inner- city problems are still there, but so is the congregation’s dependency upon the grace of God, who has raised up workers to direct outreach to children, women, men, youth, seniors, the homeless and people in shelters, among others.

The Lord has blessed Pastor Cymbala and Carol with three children and six grandchildren, including the most recent addition, little Levi, who was adopted from Ethiopia.

A more complete account of the early years of The Brooklyn Tabernacle is included in Pastor Cymbala’s book Fresh Wind, Fresh Fire. Other books written by Pastor Cymbala include Fresh Faith; Fresh Power; Breakthrough Prayer; The Life God Blesses; The Church God Blesses; and The Promise of God’s Power.