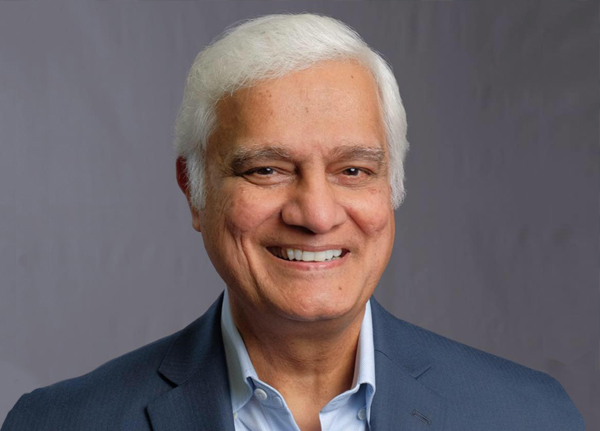 When former skeptic and seventeen-year-old Ravi Zacharias heard the words of Jesus in John 14:19, “Because I live, you also will live,” the trajectory of his life changed forever. In a time of helplessness and unbelief—when he was on a bed of suicide—the truth of Scripture brought hope to Zacharias, and he committed his life to Christ, promising, “I will leave no stone unturned in my pursuit of truth.” Earlier in John 14, Jesus says, “I am the way, and the truth, and the life.” This verse has become the cornerstone of Zacharias’s ultimate mission as a Christian apologist and evangelist: to present and defend the truth of Jesus Christ that others may find life in Him.

Zacharias’s calling to preach was first confirmed when he was awarded the Asian Youth Preacher Award at the international Youth Congress in Hyderabad at the age of nineteen. Years later, the Billy Graham Evangelistic Association invited Zacharias to be a plenary speaker at the inaugural International Conference for Itinerant Evangelists (“Amsterdam ‘83”) to address a gathering of 4,000 other speakers. It would be another turning point for him, as he began to seriously consider the critical need of apologetics to remove the intellectual and existential barriers that kept many skeptics from considering the truth claims of Christ. A year later, in 1984, he founded Ravi Zacharias International Ministries (RZIM).

At age 73 he remains committed to his calling to represent the gospel of Jesus Christ through historical, philosophical, and moral foundations and to defend it against objectors with grace, clarity, and coherency. He has laid the framework of the truth of the gospel to millions of people in more than 70 countries, including on the campuses of some of the world’s leading universities.

RZIM exists to reach and challenge those who shape culture with the credibility of the gospel of Jesus Christ. In 2017, Zacharias’s vision to establish an apologetics training center in the United States with global reach was realized with the launch of the Zacharias Institute in Atlanta. RZIM has sixteen offices throughout the world in the United States, Canada, Peru, Kenya, South Africa, the United Kingdom, Austria, Spain, Romania, Macedonia, Turkey, Singapore, Hong Kong, India, and the Middle East. Through its global team of speakers and more than 200 employees worldwide, RZIM seeks to impact the heart and intellect of society’s thinkers and influencers through:

Zacharias has spent the past 45 years commending the Christian faith and addressing life’s great existential questions of origin, meaning, morality, and destiny with eloquence and grace. He fully believes the truth of Jesus Christ can endure the toughest critiques and philosophical attacks. He has authored or edited over 25 books in the fields of theology, apologetics, comparative religion, and philosophy. Zacharias and his wife, Margie, have been married for 45 years and have three grown children. They reside in Atlanta.

Please note that this bio may not be distributed or edited without the express written permission of RZIM. Thank you.