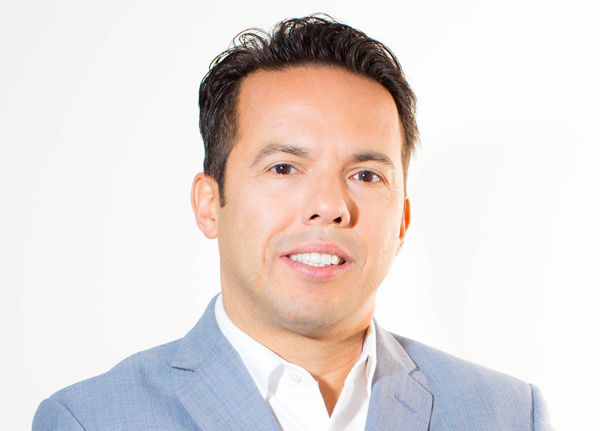 Rev. Dr. Samuel Rodriguez is the President of the National Hispanic Christian Leadership Conference (NHCLC), the world’s largest Hispanic Christian organization serving as a representative voice for the more than 100 million Hispanic Evangelicals assembled in over 40,118 U.S. churches and over 450,000 churches spread throughout the Spanish-speaking diaspora.

Rodriguez has been among many lists of influencers in America, which have recognized his impact across the religious and Latino communities, including:
“40 People Who Radically Changed The World” – Charisma Magazine 2015
“101 Most Influential Leaders” – Latino Leaders Magazine 2015 and 2016
“Top 100 Christian Leaders in America” – Newsmax 2015
“2013 TIME nomination as 100 most influential people in the world – TIME 2013
“10 White & Brown MLKs of Our Time” – Black Christian News 2013
No. 1 bestselling author of “Be Light” – L.A. Times 2016

Additionally, a number of outlets have deemed Rodriguez as one of America’s leading Christian and Latino voices and as the leader of the Latino Evangelical movement, including CNN, Fox, NBC Telemundo, The Wall Street Journal, The San Francisco Chronicle and Charisma Magazine, to name a few.

In January 2013, he was the first Latino to ever be invited to deliver the keynote address at The Martin Luther King, Jr. 40th Anniversary Commemorative Service at Ebenezer Baptist Church in Atlanta, Georgia.

Rodriguez has been invited to give keynote speeches at a variety of gatherings including The Ethics and Public Policy Center’s 2013 National Religious Freedom Conference in Washington, D.C., as well as at The White House, Princeton, Yale, Promise Keepers, The National Association of Evangelicals and Liberty University.

Rodriguez worked with and advised President George W. Bush, President Obama and President Trump. He served on Obama’s White House Task Force on Fatherhood and Healthy Families, and he frequently meets and consults with members of both parties in Congress advancing the Lamb’s agenda.

Rodriguez is the recipient of the Martin Luther King Jr. Leadership Award presented by the Congress of Racial Equality; the 2015 Rosa Parks Courage Award given by the Montgomery Improvement Association (MIA) and the Southern Youth Leadership Development Institute (SYLDI); and the “Defender of the Dream” award presented in 2016 by Alveda King and the King Family as well as Bishop Harry Jackson of The Reconciled Church.

An award-winning author, Rodriguez contributes to world-renowned publications such as The Washington Post, The Huffington Post, Outreach magazine, Ministry Today, Enrichment Journal, Vida Cristiana, Christianity Today, Yale “Reflections” and others. He is also the author of Be Light: Shining God’s Beauty, Truth, and Hope in a Darkened World, which landed No. 1 on the LA Times Bestseller’s list, The Lamb’s Agenda and Path of Miracles (2009). His most recent book is When Faith Catches Fire: Embracing the Spiritual Passion of the Latino Reformation (WaterBrook, June 20, 2017), coauthored with Dr. Robert Crosby.

Rodriguez is a movie producer, co-Founder of TBN Salsa, an international Christian-based broadcast television network and a television personality with appearances on “Dr. Oz” and other programs.

Rodriguez currently serves on the Board of Directors of some of America’s leading Evangelical organizations such as Gordon Conwell Theological Seminary, National Association of Evangelicals, Empowered21, PCCNA and Christianity Today.

He earned his Master’s degree in educational leadership from Lehigh University and likewise received Honorary Doctorates from Baptist University of the Americas and Northwest University. He is an Assemblies of God Ordained Minister since the age of 23. Rodriguez also serves as Senior Pastor of New Season Christian Worship Center in Sacramento, California, where he resides with his wife, Eva, and their three children.